Despite an early advantage, the visiting Windermere Wolverines could not hold on and punch a ticket to the FHSAA Class 8A Final Four, falling 7-4 to George Jenkins in a baseball regional final played in Lakeland on Thursday night.

Windermere (24-5), which led 4-0 through three innings, allowed four runs in the bottom of the sixth inning. The Eagles’ comeback was punctuated by a two-run double by Brenden Vern that swung the game definitively in George Jenkins’ favor. Even though the baseball season comes to an end they had a great season considering being a second year program. 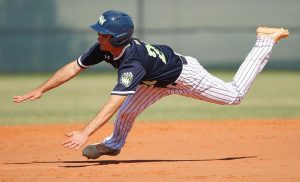