After a near victory at the Titan Invitational, the Wolverines set their sites on the Crutchfield/Hawkins in Sebring. It is the largest high school golf tournament in Florida, with 36 boys teams and 36 girls.

Posting an even par, 288, gave the Wolverines the victory. They were 9 shots ahead of 2nd place Naples, and 15 shots over Vero Beach.  Also, defeating locals Windermere Prep and Lake Highland Prep. 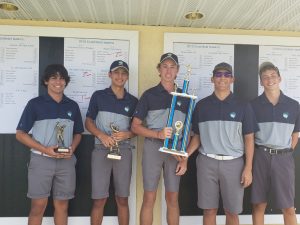